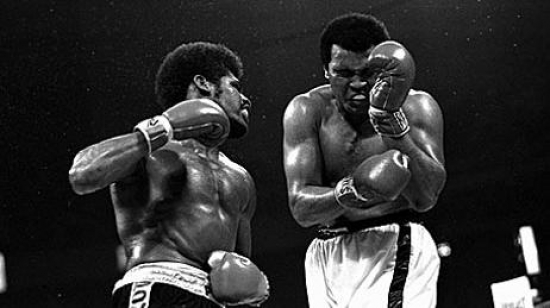 Former Heavyweight Champion, Leon Spinks, passed away today following a long battle with cancer.  He was 67.

At the 1976 Montreal Olympics, Spinks represented the United States and won Gold in the Light Heavyweight division.  Spinks turned pro, and in only his eighth fight, defeated the Muhammed Ali for the Heavyweight Championship.  This was the highlight of his career, as Spinks lost the title back to Ali seven months later.

Spinks challenged Larry Holmes for the Heavyweight Title in 1981, but lost via TKO in the 3rdround. He later dropped down in weight, and challenged for the WBA Cruiserweight Title but lost to the incumbent, Dwight Muhammad Qawi.

We here at Notinhalloffame.com would like to extend our condolences to the fans, friends and family of Leon Spinks.

Kirk Buchner, "The Committee Chairman", is the owner and operator of the site.  Kirk can be contacted at [email protected] . Email This email address is being protected from spambots. You need JavaScript enabled to view it.
More in this category: « RIP: Butch Reed The Pro Football Hall of Fame Announces 2021 Class »