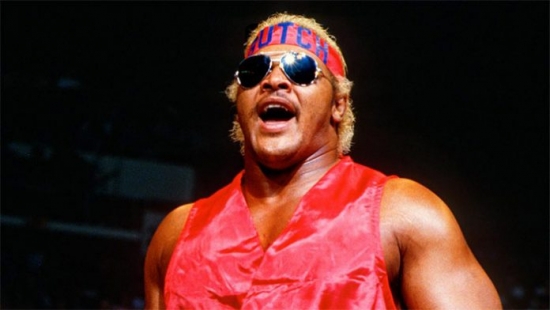 Butch Reed, who competed in many main events in professional wrestling during the 1980s, passed away today at age 66.  He had suffered multiple heart attacks in recent weeks.

Playing football at the University of Central Florida, Reed first competed in the Central States territory, before moving on to Florida where he and Sweet Brown Sugar won the North American Tag Team Titles by beating Dory Funk Jr. and David Von Erich.  Reed would even receive title shots against NWA Heavyweight Champion, Ric Flair.

Reed would continue to wrestle for various NWA promotions before joining Bill Watts’ promotion, Mid-South.  Reed was used at or near the top, feuding with the Junkyard Dog and again having main events against Ric Flair.

In 1986, Reed signed with the World Wrestling Federation.  With bleached blonde hair and Slick as his manager, Reed had a good run, and competed at Wrestlemania III and Wrestlemania IV, and was in the main event of the first Survivor Series.  Reed left in 1988, and joined WCW in 1989, where he would eventually team with Ron Simmons to form the team of Doom.  The tandem won the Tag Team Championships holding it for nine months.  The team broke up, with Simmons winning the feud, and Reed wrestling sparingly form then on as he competed mostly in the rodeo circuit instead.

In our last ranking of those to consider for the WWE Hall of Fame, Reed was ranked at #93.

We here at Notinhalloffame.com would like to extend our condolences to the fans, friends and family of Butch Reed.

More in this category: « Peyton Manning will be inducted into the PFHOF RIP: Leon Spinks »