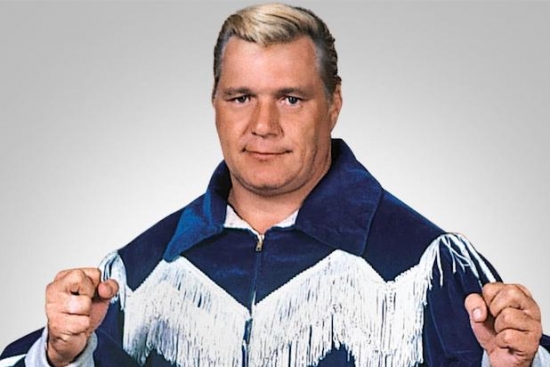 It is a dark day in the WWE as Pat Patterson, longtime employee and former wrestler passed away today at the age of 78.

From Quebec, Patterson first wrestled in 1958, and rose up the ranks, moving from promotion to promotion, winning many regional titles.  Hid best early work was considered to be his tag team with Ray Stevens as the Blonde Bombers.  Based out of San Francisco, many modern tag team wrestlers cite the Bombers as one of the most influential tag teams of the 1970s.

Patterson joined the then named WWWF in 1978, and would become the first ever Intercontinental Championship in a fictional tournament.  Patterson would have the WWF feud of the year after turning babyface against Sgt. Slaughter.  His in-career would wind down, and he would later serve WWE Owner, Vince McMahon’s right hand, where he was praised for his ability to lay out matches and come up with finishes.  It was Patterson who came up with the concept of the Royal Rumble, which is one of the biggest and most important matches of the year.

In the late 90s, Patterson was known on TV alongside Gerry Brisco as one of the “Stooges”, which often provided comedic aspects and occasional in-ring returns.

Patterson is believed to be one of first openly gay wrestlers.

We here at Notinhalloffame.com would like to extend our condolences to the fans, friends and family of Pat Patterson.

More in this category: « Andrew Bogut Retires Our All-Time Top 50 Philadelphia Phillies have been revised »