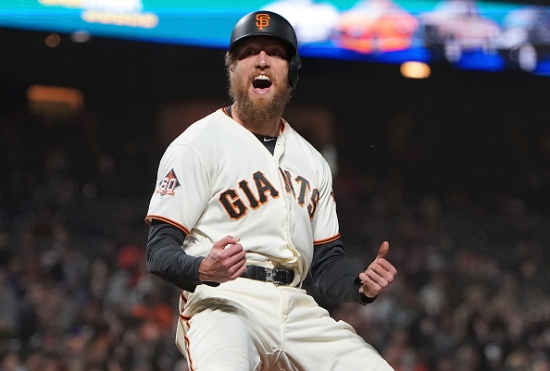 Following the announcement of Alex Gordon’s impending retirement only a few days ago, we have another career-ending statement from another significant retirement.

Hunter Pence announced on Twitter that he will be retiring after a 14-year career, last playing for the San Francisco Giants where he was designated for assignment early in August.

Pence made his Major League debut in 2007 with the Houston Astros as their starting Centerfielder, and he finished third in Rookie of the Year voting.  Moving to Rightfield the year after, Pence was named to the All-Star Game in 2009, and would be again in 2011, though he was traded to the Philadelphia Phillies during the season.  Pence’s stay in Eastern Pennsylvania would be short-lived as he was dealt to the Giants during the 2012 season, and he went on to help them win the World Series that year. He would go to a third All-Star Game in 2014, and win a second World Series that year with the Giants, and with the exception of the 2019 season as a Texas Rangers, he completed his career with San Francisco.

Pence will be eligible for the Baseball Hall of Fame in 2026, and while he is unlikely to make Cooperstown, he should be on the ballot.