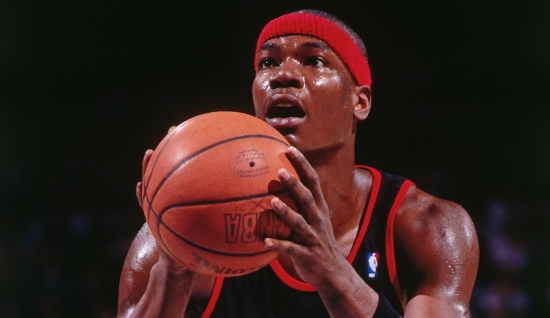 Following the passing of Lute Olson, basketball lost another one of its stars.  Former UConn and NBA star, Clifford Robinson died at the age of 53.  He had been battling cancer for the last two years.

A star at Connecticut, Robinson was drafted by the Portland Trail Blazers in 1989 as the 36thOverall Pick.  Standing at 6’ 10”, Robinson was a versatile player who played at Center, Power Forward and Small Forward.  He was the Sixth Man of the Year in 1994, an All-Star in 1994, which was the year began three 20 Points per Game seasons.

Robinson later played for Phoenix and Detroit, where he was named a Second Team All-Defensive selection once for each team.

We here at Notinhalloffame.com would like to offer condolences to the friends, family and fans of Clifford Robinson.

More in this category: « RIP: Bob Armstrong Our Preseason NFL HOF Monitor is up »