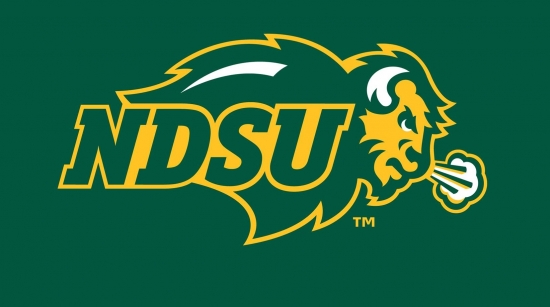 Regular visitors of Notinhalloffame.com know that we are slowly working on the top 50 of every major team in the NHL, NBA, NFL and MLB. Once that is done, we intend to look at how each team honor their past players, coaches and executives.  Eventually, we plan to do that for the major colleges in the NCAA.  As such, it is news to us that North Dakota State has announced eight new members to their Hall of Fame.

Chuck Klabo: Football 1999-02:  Klabo was an All-NCC First Team Offensive Tackle in 2000, and he started 36 of his 73 Games Played.  Klabo later played a season for the Cleveland Browns.

Andrew Moen: Men’s Track and Field 1998-04:  Moen was a seven-time Division II Champion (four indoor and three outdoor) where he competed in Middle Distance and Relays.

Andi Noel: Women’s Track and Field 1998-01:  Noel was a seven-time All-American with four letters coming in the Outdoor Heptathlon.

Nick Severson: Wrestling 1998-02:  Severson was a two-time Division II NCAA Champion in the Heavyweight Division and posted a career record of 70-22.

Jill Theeler: Women’s Track and Field 1998-02: Theeler was a nineteen-time Division II All-American and twelve-time NCC Champion.  Theeler’s specialty was the 400 Meters, but also competed in relays, 200 Meters, and 55 Meters.

Nicole Vandenbos: Women’s Soccer 1996-00:  Vandenbos was a key part of the first NDSU squad to qualify for the Tournament in 1999.  The Forward would score 50 Goals.

We here at Notinhalloffame.com would like congratulate the impending members of the NDSU Hall of Fame.

Kirk Buchner, "The Committee Chairman", is the owner and operator of the site.  Kirk can be contacted at [email protected] . Email This email address is being protected from spambots. You need JavaScript enabled to view it.
More in this category: « We announce the Semi-Finalists for the Fictitious Rock and Roll Hall of Fame The Eastern Kentucky University Hall of Fame announces their Hall of Fame »