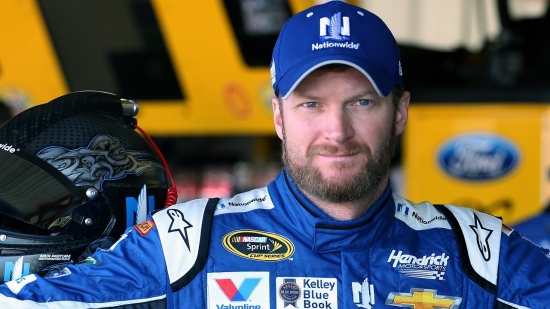 The NASCAR Hall of Fame announced today that four new members will be joining their institution.

The group of three drivers and one executive is headlined by Dale Earnhardt Jr., who was chosen in his first year of eligibility.

Earnhardt Jr. is the son of racing legend, Dale Earnhardt, who is also in the NASCAR Hall of Fame. Earnhardt Jr. proved that the apple did not far from the tree as he was one of the most successful drivers of his era, winning 26 races on the NASCAR Cup Series.  His signature wins included four consecutive wins at Talladega and won the Dayton 500 twice (2004 & 2014).  Earnhardt Jr. is also a five-time NASCAR Xfinity Series Champion as an owner.

Earnhardt Jr. is joined by Mike Stefanik, who passed away last year at the age of 61, following injuries from a plane crash.  Stefanik won nine races in NASCAR, seven in the modified series and two in the Busch North series.

Red Farmer enters on the Pioneer ballot.  Farmer, who was a member of the “Alabama Gang” with the Allison brothers (Bobby and Donnie) won over 700 races in various series.

Ralph Seagraves was an executive with R.J. Reynolds Tobacco, and led Winston to sponsor the premier series from 1971 to 2003.

This is the smallest class in NASCAR Hall of Fame history.

We here at Notinhalloffame.com would like to congratulate the impending members of the NASCAR Hall of Fame.

Kirk Buchner, "The Committee Chairman", is the owner and operator of the site.  Kirk can be contacted at [email protected] . Email This email address is being protected from spambots. You need JavaScript enabled to view it.
More in this category: « The College Football Hall of Fame announces the 2021 Finalists The Washington Redskins to retire Bobby Mitchell's number 49. »