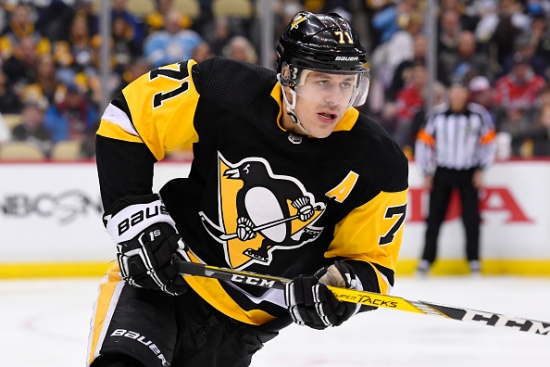 The Pittsburgh Penguins chose Evgeni Malkin with the second overall pick in 2004, but due to a transfer dispute between the NHL and the IIHF, Malkin could not report until the 2006/07 season.  The Russian star was worth the wait!

As a rookie, Malkin went to the All-Star Game and won the Calder Trophy with an 85 Point Season, and in the following season, he was a First Team All-Star with 106 Points and was the Hart Trophy runner-up.  This was a great first two seasons, but his third was magical.  Malkin would win the Art Ross with a career-high of 113 Points, was the runner-up again for the Hart, was a First Team All-Star one more time, and won the Stanley Cup, winning the Conn Smythe in the process.

Injuries would hamper Malkin over the next two years, but in 2011-12 he played 75 Games and would have his first 50 Goal season, which along with 59 Assists, was enough to win his third Art Ross Trophy.  Along with his third First Team All-Star Selection, he was no longer the Bridesmaid winning the Hart Trophy along with the Ted Lindsay Award.

Since his Hart Trophy win, Malkin would struggle to play in 70 Games in a season, but in the one he did (2017-18), he had a 98 Point Season with a seventh-place finish in Hart Trophy balloting.  He was healthy enough to participate in the Penguins many post-season appearances, and he was a massive part of their Stanley Cup wins in 2016 and 2017, the latter seeing him score a playoff-high 28 Points.

Still a point per game player, Malkin has a shot at rising on his already impressive rank.  Entering the 2020-21 season, he has 1,104 Points, which is phenomenal in this era.  Although he is slowing down, we still have a lot left of Malkin to watch!