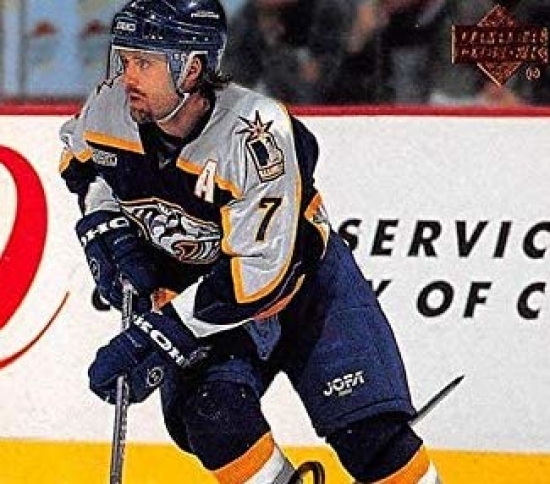 Cliff Ronning was an established presence for years in the NHL, and seven Games into the 1998-99 Season, Ronning was traded to the expansion Predators, and they desperately needed his veteran presence.

Ronning was in his early 30s, but he could still score.  The Center finished his year with 60 Points, and over the next two years, Ronning posted back-to-back years of 62 Points.  His mentorship to young Nashville players proved invaluable in the team's early days, and while his overall numbers might not seem high, he was the Predators' leading scorer twice.

Nashville dealt Ronning to Los Angeles late in the 2001-02 Season to help with their playoff run.  With the Predators, Ronning had 226 Points in 301 Games.