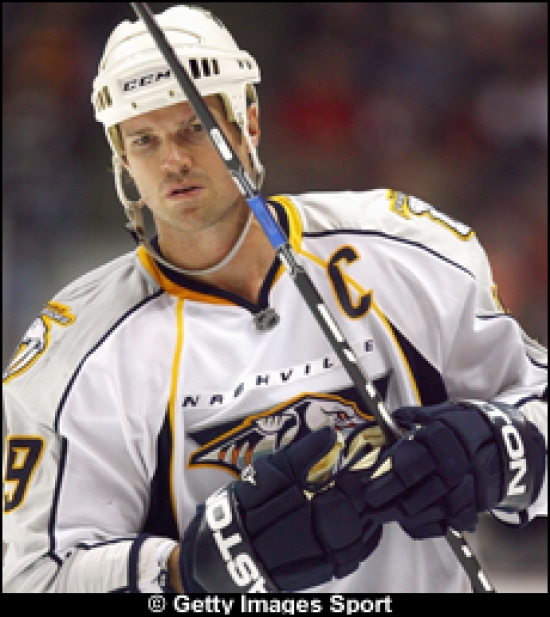 When Jason Arnott arrived in Nashville, he was many years removed from his Calder runner-up year.  This is not to say that Arnott was not still a good player, as he most certainly was.  In fact, Arnott had a .83 PPG in Nashville, a strong average in any era.

Arnott, a Stanley Cup Champion in 2000 with New Jersey, joined the Predators in 2006.  Arnott scored 54 Points in his first year in Nashville and had 76 the year after, the second highest of his career.  The Center would not reach that mark again in his career, but he had another 103 Points for Nashville in the next two years.

The Predators would trade Arnott to New Jersey after a solid four-year period of 229 Points in 275 Games.