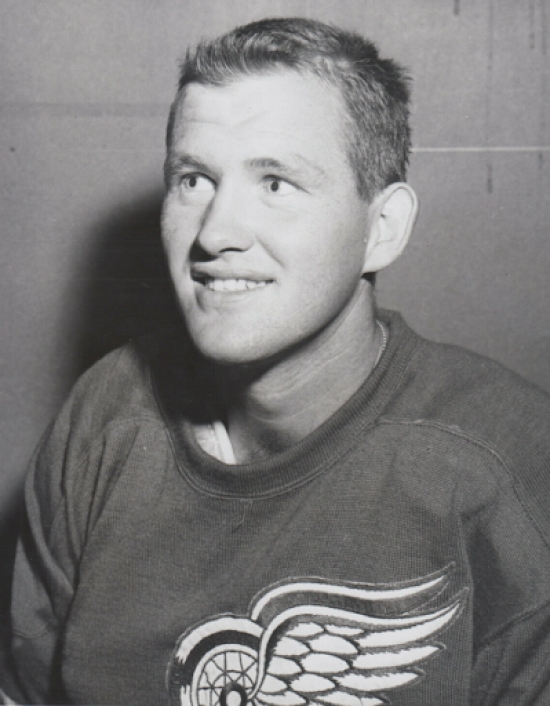 A forgotten piece of some very good Detroit Red Wings teams, Defenseman Warren Godfrey, arrived as part of a mega-trade from Boston, but that happened in 1955 after Detroit had already won four Stanley Cups in the decade.

Detroit did not win any championship when Godfrey was there, but they were still a solid NHL squad.  A good hitter with natural defensive sensibilities, Godfrey was referred to as the "Rock" because that is what it felt like when he hit you.  With the Red Wings, Godfrey was in the top ten in Defensive Point Shares in his first two years in Detroit, and while he was mostly a stay-at-home Defenseman, Godfrey had an even 100 Points with the Red Wings.