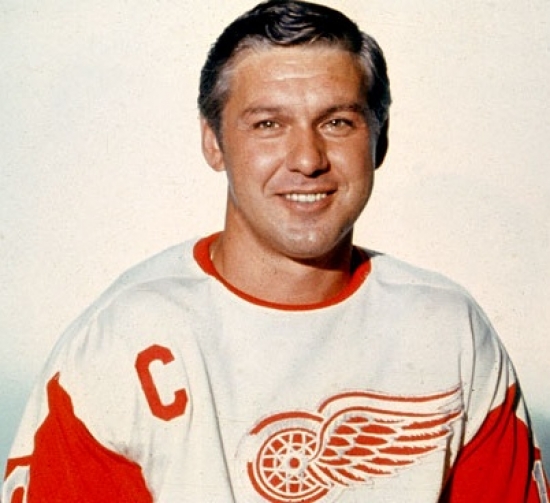 In sports, you often talk about the "glue guy," which is the character player who holds the team together.  That player is not necessarily a star, but in hockey forward, Alex Delvecchio is what we have.

There were better players for the Red Wings, but even they did not feel like they were more emboldened with the franchise than Delvecchio.  Playing his entire career in Detroit, Delvecchio was a clean player (three Lady Byngs) and a bona fide scorer.

Helping to lead the Red Wings to three Stanley Cups in the early 1950s, Delvecchio was a Red Wing from 1951 to 1974, making him one of the most tenured players in franchise history.  A two-time Second Team All-Star, Delvecchio played in 13 All-Star Games and accumulated 1,281 Points.