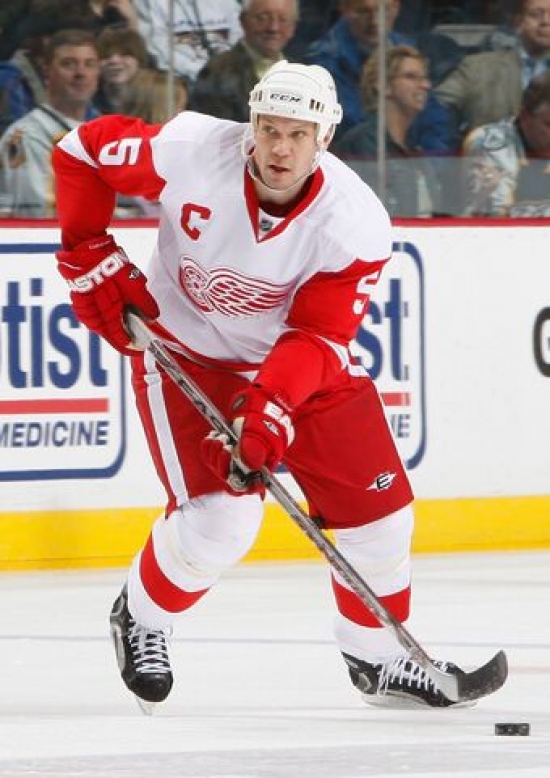 Nicklas Lidstrom is without question the most outstanding Defenseman in the history of the Detroit Red Wings, and we feel equally confident saying he was the best blueliner of his generation.

Lidstrom was taken by the Red Wings with the 53rdOverall Pick in 1989, and was this not one of the most fantastic bargains ever?  Lidstrom stayed in his native Sweden for two years before he reported the Detroit, and when he did, he surprised the North American hockey world with a 60 Point performance and a second-place finish for the Calder.

The Swedish Defenseman gradually built up all the facets of his game to the point where by the late 90s, he was one of the most well-rounded players in hockey.  In 1996 and 1997, Lidstrom was the defensive anchor of a Red Wings team that won back-to-back Stanley Cups, and he was sixth in Norris voting.

In the next three seasons, Lidstrom was the Norris runner-up while maintaining his offensive production, despite the downtick in scoring across the NHL.  A First Team All-Star in all of those seasons, Lidstrom did so again the next three years but won the coveted Norris in all of those campaigns.  He capped this era with a Conn Smythe Trophy in 2002, winning his third Stanley Cup. In those six years, Lidstrom never dipped below 57 Points in a year.

Lidstrom had an off-year in 2003-04 with only38 Points and a sixth-place Norris finish, and he couldn’t rebound as the year after was canceled due to the lockout. Hockey's return brought back another three-year streak of Norris wins and First Team All-Stars, with a fourth Stanley Cup coming in 2008.  Lidstrom remained dominant with two Second Team All-Stars, and at the age of 40.  Lidstrom won his seventh Norris Trophy, tying him with Doug Harvey and only Bobby Orr (with eight) won more.  With nothing left to prove, Lidstrom played one more season before retiring in 2012.

Over his 20-year career, Lidstrom had at least 50 Points in 15 of them.  Lidstrom amassed a whopping 1,142 Points, and his 211.8 Point Shares stands at sixth all-time as of this writing.  Also noteworthy is that Lidstrom was the runner-up for the Lady Byng Trophy five times and was in the top five another six times.

Lidstrom was inducted into the Hockey Hall of Fame in 2015, the year after the Red Wings retired his no.5.