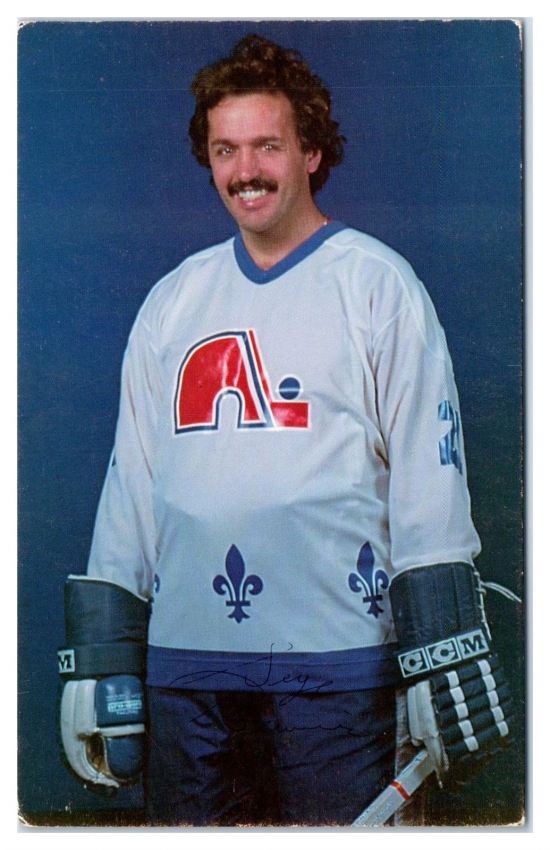 Prior to signing with the Quebec Nordiques of the World Hockey Association in 1973, Serge Bernier has played for the Philadelphia Flyers and Los Angeles Kings and had done well producing a 50 Point Season for each of them.

The Right Wing would join a team of fellow Quebecers, and he proved to be an adept scorer in his new environment.  Bernier accumulated 86 Points in his WHA debut, and he would have over 100 Points in his next two seasons with Quebec.  He would be named a Second Team All-Star for his efforts in 1974-75, which was the year where he had his career-high of 122 Points and 54 Goals.

Bernier would have three more 75+ Point seasons for Quebec when they were in the WHA, and it was in this era where he had his most memorable moment.  The Nordiques won the Avco Cup in 1977, and he was the MVP of the Playoffs.  In that post-season, Bernier had 36 Points in only 17 Games.

He would hang around for two more seasons when the team joined the NHL, but by this point, he was unable to hang at this level.

Still, Bernier would total 598 Points with a 1.21 Points per Game Average with the organization.