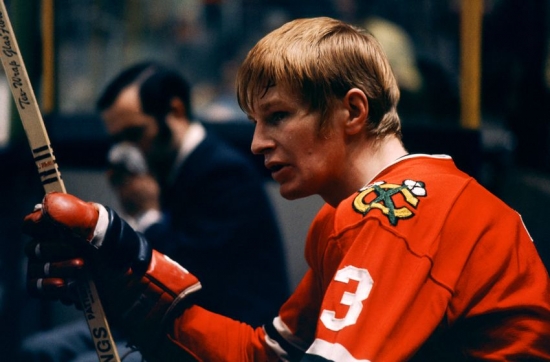 A two-time NCAA Champion at the University of Denver, Keith Magnuson would play his entire NHL career with the Chicago Blackhawks.  Magnuson was not a scorer but he was stay-at-home blueliner who used his physical presence to protect his side of the ice by any means necessary.  A two time leader in Penalty Minutes, Magnuson would be an All Star in 1971 & 1972 and he was the leader in Defensive Point Shares in his rookie year.

The Blackhawks were the only team that Magnuson would play for and as the 1970’s progressed injuries piled up and he would become less effective.  Midway through the 1979/80 season he would retire as a player and become an Assistant Coach.

Unfortunately, he is known for his death whereby he was killed in a car accident as the passenger of fellow former player, Rob Ramage when they were on their way to an alumni meeting in 2003.