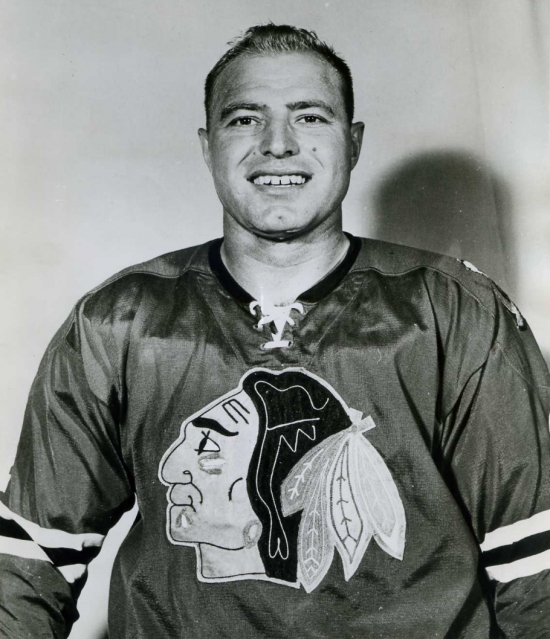 The owner of arguably the best name in Chicago Blackhawks history, Elmer “Moose” Vasko stood at 6’ 3” and was a full 200 pounder, a fairly large player for his day.  Shoulder issues in his early seasons prevented him from reaching his full potential but once that subsided he would become a vital member of the Blackhawks’ blueline and one of the better players.  His toughness had few equals and his play was good enough to warrant him two Second Team All Star nods (1962-63 & 1963-64) and he was in the top four both of those years in Norris Trophy voting.

Vasko would help the Blackhawks win the 1961 Stanley Cup and while they did not win the title in 1965, he helped them reach the Finals and was the Playoff leader in Plus/Minus.