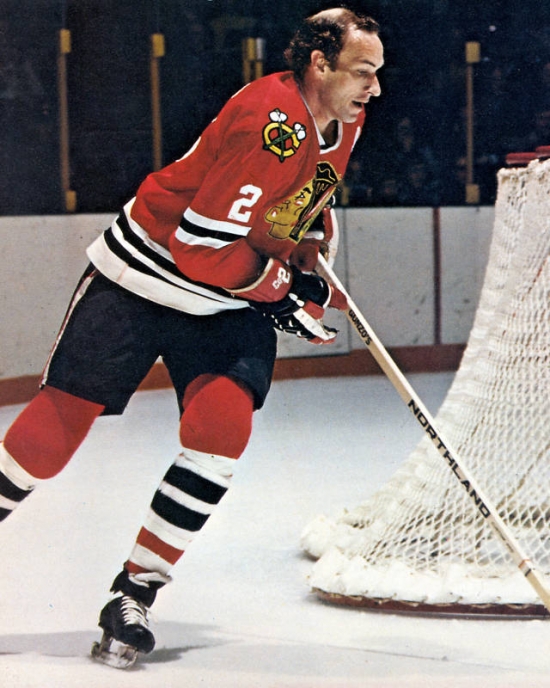 Bill White got his start late in the National Hockey League like so many in the late 1960’s as he was one of the many who when the 1967 expanded from six to twelve teams would receive an opportunity and at age 28 he debuted for the Los Angeles Kings where he showed off an intelligent defensive game, but it was when he was traded to Chicago that his game reached the next level.

White was named an All Star in 1969 (as a King) and he made that team again in 1970, the year he was traded.  The next four seasons would see White named an All Star but from 1971-72 to 1973-74 he was named a Second Team All Star and was a third place finisher in Norris Trophy voting.  Unlike the winner those years (Bobby Orr) White was not a scorer though his 179 Points as a blueliner for the Blackhawks was more than respectable.  White was more focused on his side of the ice and he was an excellent shutdown Defenseman.

White’s career ended due a severe neck injury sustained in the 1976 Playoffs and he would be forced to retire.