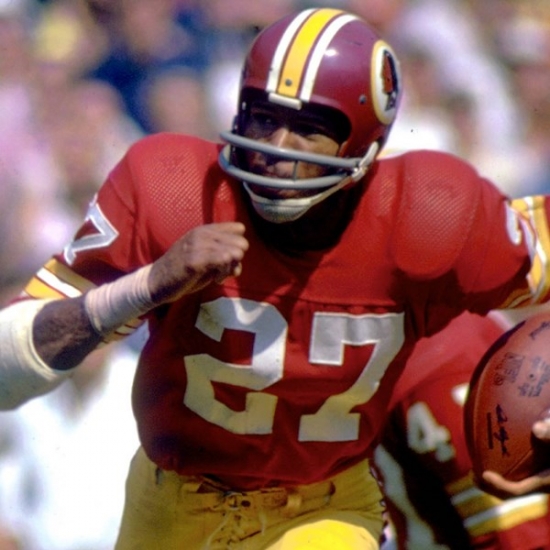 Ken Houston was already established as one of the game’s top Safeties, where he played for the Houston Oilers and went to five straight AFL All-Star/Pro Bowls. After six seasons with Houston, he was traded to the Washington Redskins for five players.  Despite giving up five vets, the Redskins got the better end of the transaction.

Houston continued his streak of Pro Bowls, adding six more to have an 11-year streak.  Unlike as an Oiler, Houston was a First Team All-Pro in two of his seasons (1975 & 1978), and he had 24 Interceptions as a Redskin.  Houston was also regarded as one of the game’s most punishing tacklers, and he was one of the fastest players on the field.  He retired after the 1980 season, the year after his run of consecutive Pro Bowls ended.

Houston entered the Pro Football Hall of Fame in 1986.