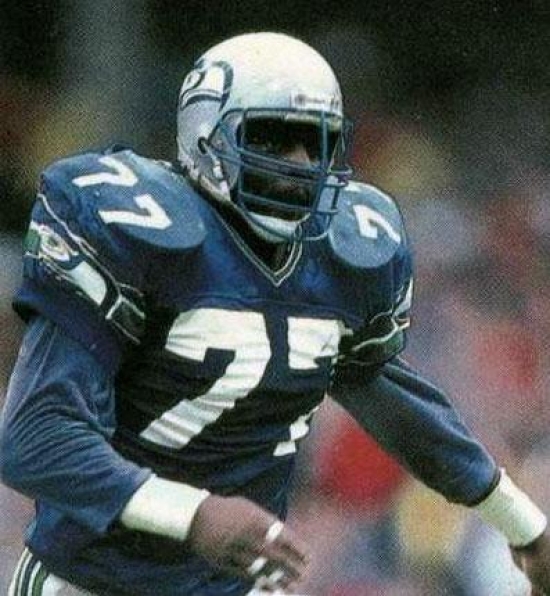 Playing his entire career with the Seattle Seahawks, Jeff Bryant came with high expectations as the sixth overall pick from Clemson in 1982.

While Bryant was never a Pro Bowl Selection, he was a defensive anchor for the Seahawks, starting 167 Games and playing for Seattle for his entire 12-year career.  Bryant evolved into a strong pass-rusher, taking down the opposing quarterback 63 times.  His best season was 1984 when he had 14.5 Sacks, which was good enough for sixth that year.