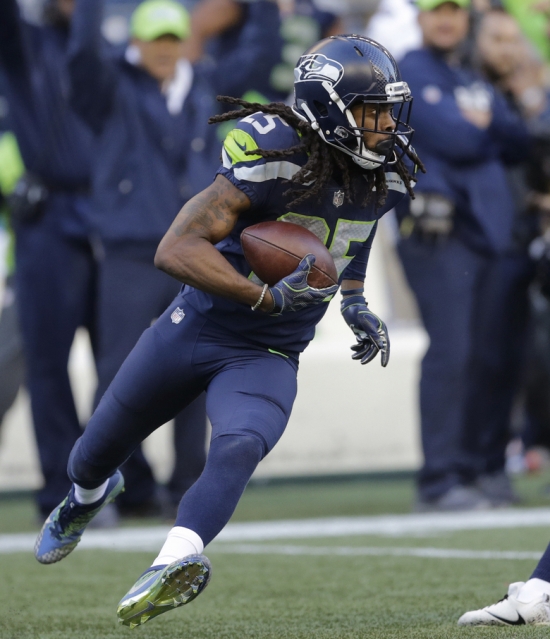 As the Seattle Seahawk Defensive Back corps grew into prominence in the 2010s, the face of the group was Richard Sherman, their starting Left Corner.

Sherman was the trash-talking ball-hawk whose ability to read offenses had few if any peers.  An All-Rookie in 2011, Sherman was a First Team All-Pro the following three seasons and was named to the Pro Bowl each year from 2013 to 2016.  As the Seahawks became defensive juggernauts, Sherman led the NFL in Interceptions with eight in 2013, the same year he helped lead the Seahawks to their first Super Bowl win.  Sherman's play in the NFC Championship game, where he deflected a pass by Colin Kaepernick of San Francisco, intended for Michael Crabtree.  Sherman's teammate, Malcolm Smith caught it, and it sealed the win for Seattle.

While some have confused Sherman's brash words as being a thug, he is one of the most intelligent players in football and is a community leader.

Sherman’s run with Seattle came when he signed with the 49ers as a Free Agent.  He had 32 Interceptions for the team, and led the NFL in Approximate Value three straight years (2012-14)