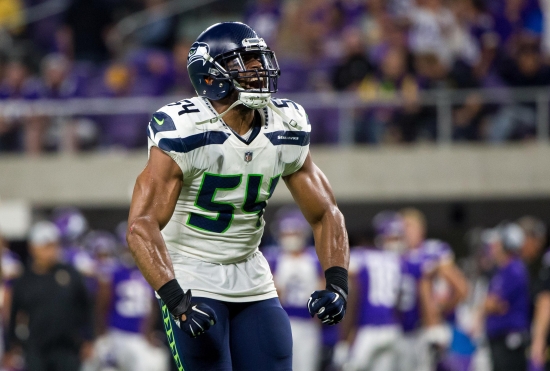 Bobby Wagner arrived in Seattle a round ahead of Quarterback, Russell Wilson, and both of them can take a lot of credit for taking the Seahawks to the promised land.

Playing at Middle Linebacker, the former Utah State Ute, was a force in the interior tackling anyone who got in his way.  Wagner was an All-Rookie, and in 2014, he began a six-year streak of Pro Bowl appearances with five of those seasons earning him First Team All-Pro honors.  The former WAC Defensive Player of the Year has yet to have a year where he had less than 100 tackles, and in both 2016 and 2019, he led the NFL in Combined Tackles.  Wagner was a vital cog in Seattle's back-to-back Super Bowl appearances, and he recorded ten tackles in their win at Super Bowl.

Still, with the Seahawks, Wagner does not have many rungs left to climb on this list, but don't put it past him.