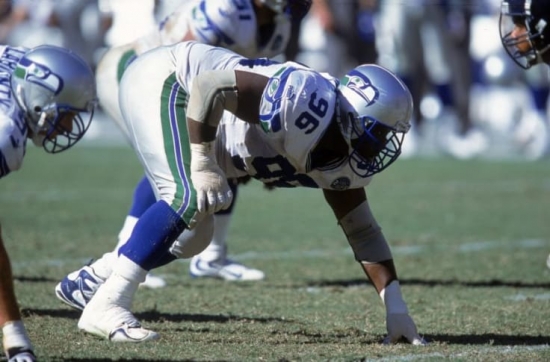 A two-time National Champion and All-American at the University of Miami, Cortez Kennedy was an All-Rookie in a career spent entirely with the Seattle Seahawks.

Following his good rookie campaign, the Defensive Tackle would rattle off six straight Pro Bowls and would have two more after that.  From 1992 to 1994, Kennedy was a First Team All-Pro, and in '92, despite the Seahawks finishing 2-14, he was so dominant that he would win the Defensive MVP on the strength of a 14-Sack and 92-Tackle year.

Kennedy would be named to the 1990s All-Decade Team, and he would later be elected into the Pro Football Hall of Fame in 2012.