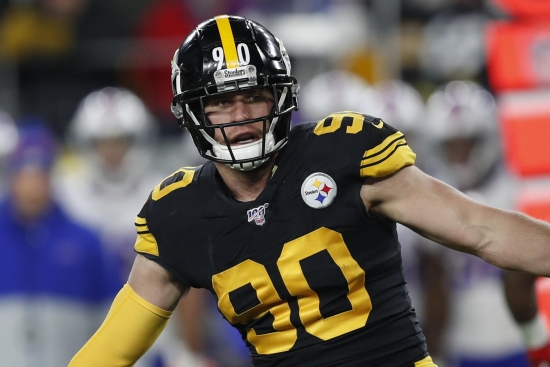 When you are the younger brother of J.J. Watt, a large shadow is cast over you.  T.J. Watt has done a great job escaping it.

Watt was a star at Wisconsin, and the Steelers would use the 30th Overall Pick in the 2017 Draft to add the Linebacker to their roster.  Watt was an All-Rookie, but broke through the following year, with a Pro Bowl Selection and a 13-Sack year.  Watt got even better in the two seasons that followed, with First Team All-Star years, with 14.5 and 15.0 Sacks, the latter being league-leading.  He also led the NFL in Forced Fumbles with eight in 2019.