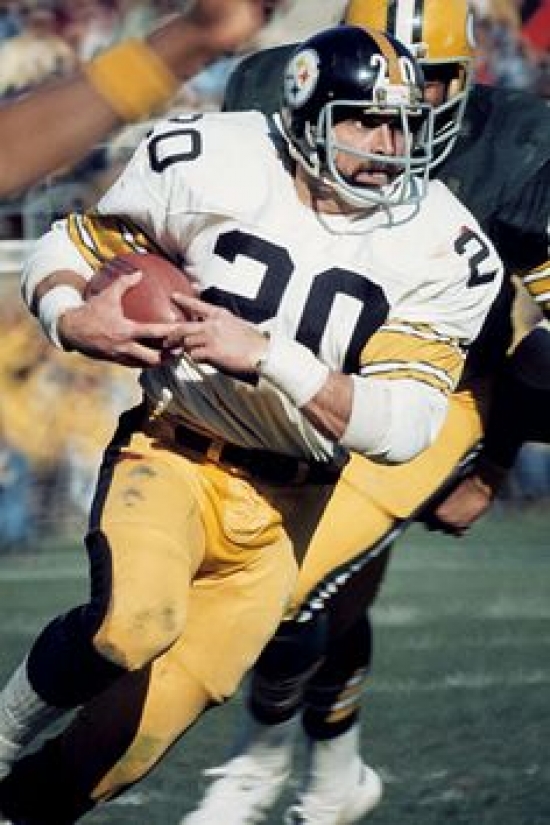 If you look at overall popularity in the canon of the Pittsburgh Steelers, Rocky Bleier is one of the names that consistently come up.

A National Champion at Notre Dame in 1966, Rocky Bleier was a very late round pick (17thRound) by the Pittsburgh Steelers two years later.  The Running Back was used mostly at Special Teams, but he missed the next season as he was drafted in the U.S. Military.  He served in Vietnam, where he was injured when shrapnel went into his right leg.  Bleier made it to training camp in 1970, but he was underweight and still hurt.  The Steelers ownership never gave up on him, and he was on the roster in 1971, playing at Special Teams.

Bleier remained a Special Teams player for the next two seasons, but in 1974, he was allowed to use his blocking and rushing ability in a regular capacity.  That season, the Steelers won their first Super Bowl, with Bleier playing a part in their offense.

The former Fighting Irish star came into his own as Franco Harris’ second banana, though he felt like so much more than that.  Bleier rushed for over 1,000 Yards in 1976, and he helped the Steelers win three more Super Bowls in the 1970s.

From 1974 until he retired in 1980, Bleier provided offensive production, peaking with a 1,036 Rushing Yard year in 1976.  He would overall net the Steelers 5,159 Yards From Scrimmage with 25 Touchdowns, and much of Harris’ output was thanks to Bleier.  He was chosen for their Hall of Honor in 2018.