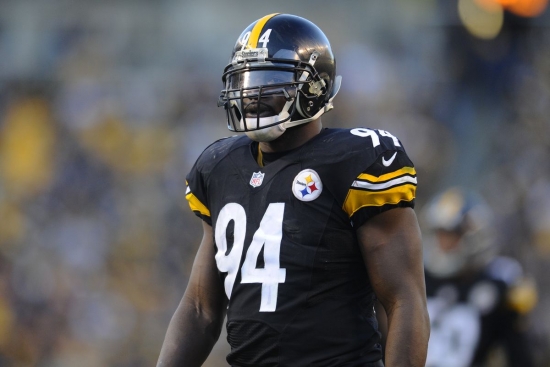 Lawrence Timmons was a First Round Pick (15thOverall) from Florida State in 2007, and he would prove to have a nice career with the Pittsburgh Steelers.

Timmons played sparingly as a rookie, and he became a starter at Right Inside Linebacker in 2009.  With the Steelers, Timmons had six 100-plus Tackle years, peaking with 132 in 2014, where he was named a Pro Bowl and Second Team All-Pro.  Timmons, a member of the Super Bowl XLIII winning team, played with the Steelers until 2016 when he signed with the Miami Dolphins as a Free Agent.

With the Steelers, Timmons accumulated 12 Interceptions, 35.5 Sacks, and 679 Combined Tackles.