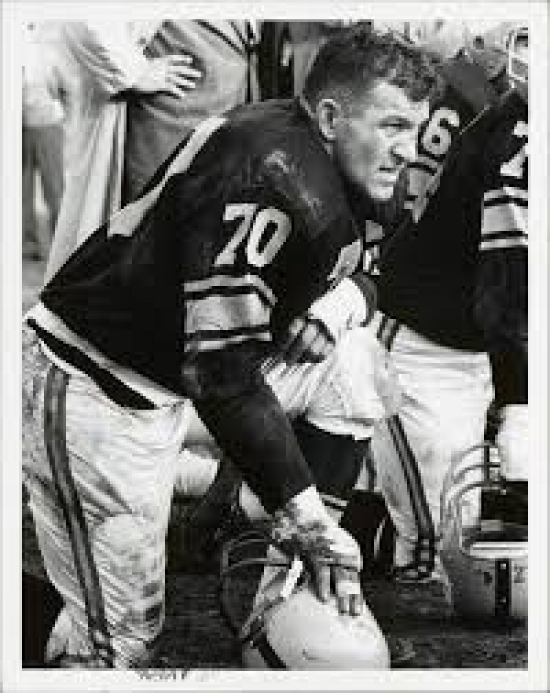 A career-Steeler, Stautner played from 1950 to 1963, where he played mostly on the defensive side, where the German-born player would earn trips to the Pro Bowl nine times with a First Team All-Pro Selection in 1958.  The Steelers were generally not very good during Stautner’s era, but that never stopped him from playing through a myriad of injuries, including cracked ribs, broken shoulders, and a protruding thumb bone.  It is unknown how many Sacks he had, but it is largely conjectured that he was among the best in that department in the 1950s.  Notably, Stautner also took his share of snaps as an Offensive Guard.

Following his playing days, Stautner became a successful defensive coach, and he won Super Bowl Rings with the Dallas Cowboys. Stautner entered the Pro Football Hall of Fame in 1969.  Stautner entered the Steelers' Hall of Honor in 2017 as part of the first class.  Notably, he is one of two franchise history players to have his number retired by the team.