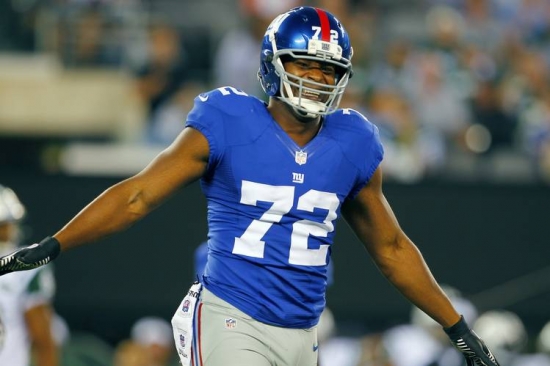 Osi Umenyiora is one of the most successful Defensive Ends in the history of Troy University, and the former All-Southland player helped put his old school on the football map.

Umenyiora was a Second Round Pick in 2003, and he would be a starter on the right side the following season.  The former Trojan found a niche as an expert pass rusher, posting 14.5 Sacks in 2005 and 13.0 Sacks in 2007, both of which were Pro Bowl years.  A torn meniscus kept him out of the entire 2008 season, but he returned to help the Giants win the Super Bowl in 2009.

After leading the NFL in Forced Fumbles in 2010 (with another double-digit season in Sacks), he again was a part of a Giants Super Bowl win.  He departed New York for the Atlanta Falcons after the 2012 season, but not before he accumulated 32 Forced Fumbles, 75.0 Sacks, and 70 Tackles for Loss.  New York selected Umenyiora for their Ring of Honor in 2015.