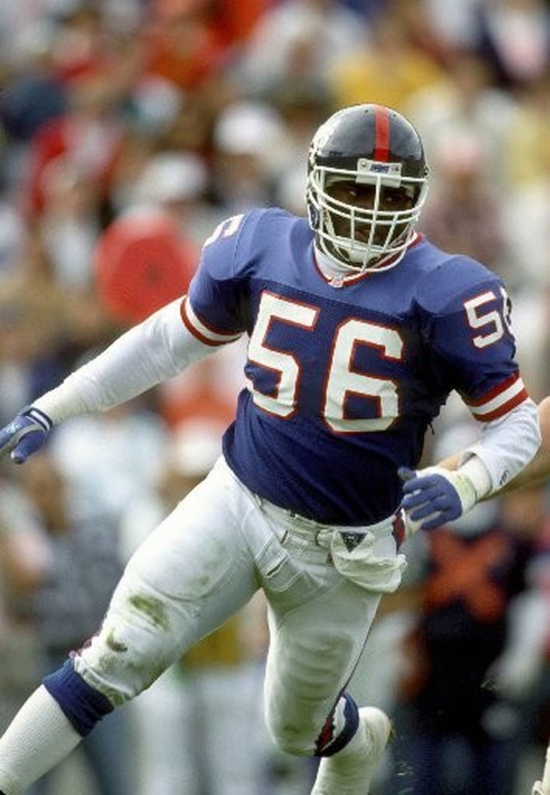 There are a lot of great players who competed in the National Football League, though only a select few can be called legends.  Only a few of those legends can be called game-changers.  Let's meet Lawrence Taylor, one of the few who fits this description

Taylor played his entire career with the New York Giants, and his pass-rushing from the outside changed how defenses were built and how offenses had to react.  He was a pioneer in chopping the ball from opponents' hands, and he became not just the face of the Giants, but defensive football.  That is an icon!

L.T. was the second overall pick in 1981, and as a rookie, he not only won the Defensive Rookie of the Year but also the Defensive Player of the Year award.  This season began what was the most dominant six-year run by any Linebacker. From 1981 to 1986, Taylor was a perennial First Team All-Pro, a Pro Bowler, and never had a year with an Approximate Value less than 16.  That last fact was especially incredible considering that there were only nine games played in 1982, which was the year he won his second DPOY.

The climax of his career was 1986, where he led the NFL in Sacks with 20.5, and won his third DPOY, and was also named the AP MVP, the PFWA MVP, and the Bert Bell Award.  Taylor took his team to the Super Bowl, defeating the Denver Broncos.  This sounds like a pretty good season, doesn’t it?

As phenomenal as Taylor was a player, it can be argued that his drug use during his playing days hampered him from being even better.  Can you imagine Taylor being even more dominant?