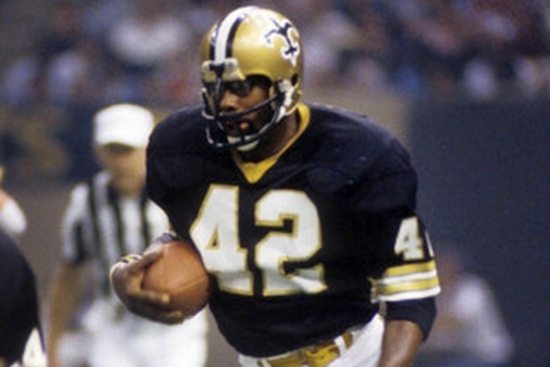 Chuck Muncie was the highest drafted Running Back in 1976 (3rdOverall), and he would become part of the Thunder/Lightning team with Tony Galbreath, and he would be named to the All-Rookie Team.

Muncie had a great second year with 811 Rushing Yards, and after a down 1978 year, he rebounded with 1,198 Rushing Yards and 11 Touchdowns, the latter being a personal best.  His 1,506 Yards From Scrimmage that season was also a career-high, which he would tie in 1981, albeit with another team.

While Muncie was good, he was unhappy in New Orleans, and management became disenchanted with the Running Back, who was often late for meetings and practice.  He was dealt early in the 1980 season to San Diego.  Muncie would later have two more Pro Bowls as a Charger.

With New Orleans, Muncie had 4,479 Yards from Scrimmage, and 29 Touchdowns over 59 Games played.