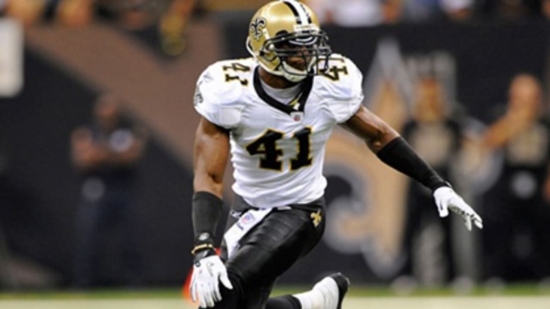 Roman Harper is one of the longest tenured Defensive Backs in the history of the New Orleans Saints, doing so in a period that highlighted offense well above defense

Harper was a Second Round Pick in 2006 from Alabama, and after a rookie year where injuries held him to only five games, he was healthy and one of the top Defensive Backs that the Saints had for years.  Playing at Strong Safety, Harper was a Pro Bowl Selection in 2009 and 2010, and he was a large part of the Saints Super Bowl XLIV title, securing eight tackles in the big game.

Harper was with New Orleans until he was released after the 2013 season.  After two years with the Carolina Panthers, he returned to the Saints for one final season as a mentor to young D-Backs of the Saints.  Harper totaled seven Interceptions, 17 Sacks, and 685 Tackles for New Orleans.