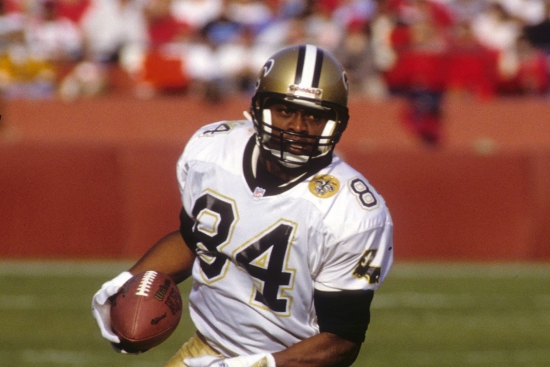 Eric Martin did not have to travel far after he was drafted as the LSU Tiger, only had to venture East on I-10 to New Orleans, who drafted the Wide Receiver in the Seventh Round in 1985.

Martin had a good rookie year, and by 1988, Martin exceeded 1,000 Yards, and went to the Pro Bowl.  He had two more years with four-digit Receiving Yard years (1989 & 1992), and he would twice finish in the top ten in Yards.  Martin was with the Saints until 1993 when he signed with the Philadelphia Eagles.