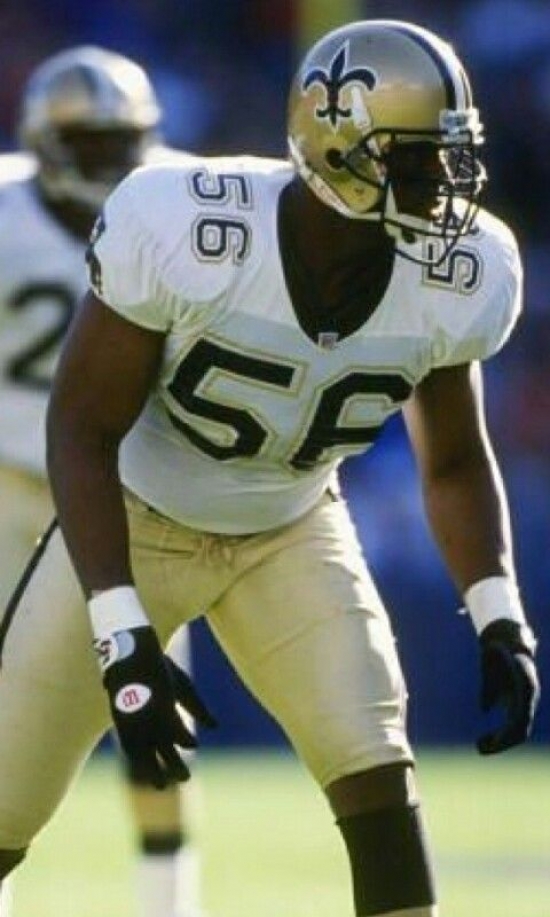 During Pat Swilling’s 1985 All-American season at Georgia Tech, he set a record for seven sacks in a game.  That would help him land a third round pick in the NFL Draft to the New Orleans Saints, where he would take his pass-rushing skill to the next level.

The former Yellow Jacket did not start as a rookie but did become the starting Right Outside Linebacker in his second season, where he had 10.5 Sacks. Swilling would repeat double digits in that stat as a Saint, each year from 1989 to 1992, with him securing a spot in the Pro Bowl, with '91 and '92 also being First Team All-Pro years. Around this time, Swilling and his teammate, Sam Mills, were the leaders of the Saints' "Dome Patrol," the feared linebacking group that brought New Orleans respect throughout the NFL. 1991 was especially phenomenal for Swilling as he led the NFL in Sacks (17.0) and Approximate Value (23).  He would win the AP Defensive MVP that year.

Swilling was a Restricted Free Agent after 1992, and the Detroit Lions coveted him.  The Saints would trade Swilling to Detroit for two picks (one of which was Willie Roaf), and the Linebacker would leave New Orleans with 76.5 Sacks and 354 Tackles.