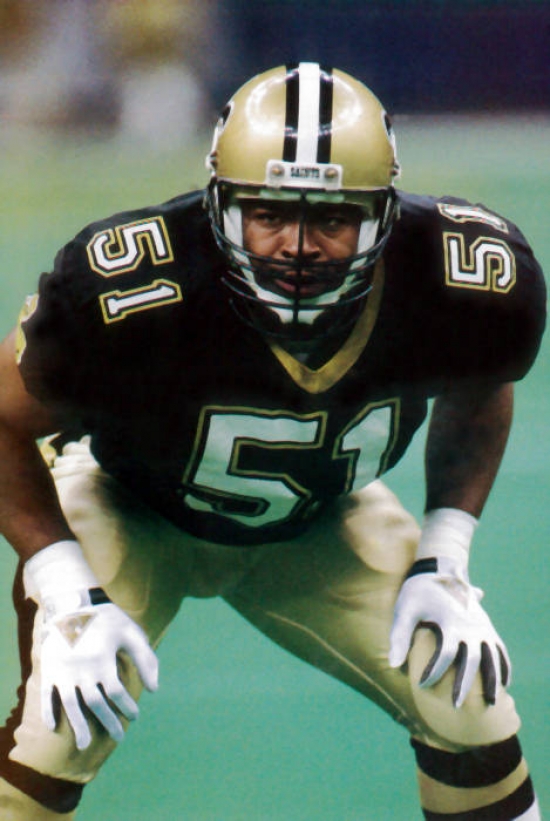 Sam Mills had a long road to get to the New Orleans Saints, but once he got there, he would become one of their defensive leaders.

Mills played his college ball at Montclair State, an institution that was not going to guarantee you a lot of scouts.  He went undrafted in 1981, and signed with the Cleveland Browns but failed to make the team.  Mills went to the other side of the border, but he was unable to make the Toronto Argonauts as well.  All was not lost as the United States Football League came to fruition, and he made the Philadelphia Stars, where he would play three years, including when they relocated to Baltimore.  Mills was so good that he was an All-USFL Selection in all three of those years, and when the league folded, he was a coveted commodity, who the Saints would snap up.

Mills played for New Orleans for eight seasons, where he played at Left Inside Linebacker and quickly became one of the best in the league. Mills went to the Pro Bowl in 1987 and 1988, and along with Pat Swilling, he would be part of the Saints' "Dome Patrol," their feared corps of Linebackers.  Mills would have Pro Bowl trips again in 1991 and 1992, and in four of his seasons, he exceeded the 100 Tackle mark.  Perhaps one of the most significant accolades he ever received was not an award, but from his Coach, Jim Mora, who called him the best player he ever coached.

Mills was a Free Agent in 1995, and he signed with the Carolina Panthers, where he would become an iconic figure there.  As a Saint, he had 934 Tackles.