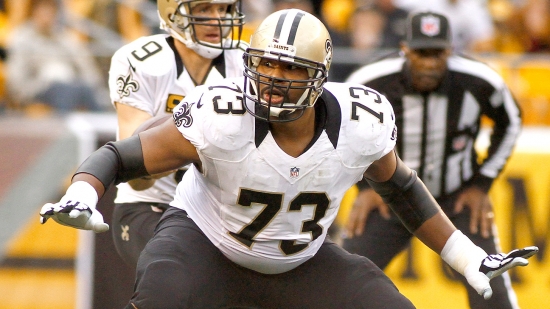 When you have a star Quarterback like Drew Brees, you need help to stay upright.  When Brees had Jahri Evans, he had a lot less to worry about.

Evans was the first draft pick from Bloomsburg College in 13 years, and he was an immediate starter at Right Guard.  He never missed a game as a rookie, and this was a trend that he kept for the entirety of his Saints career, which lasted from 2006 to 2016. Evans went to his first Pro Bowl in 2009, and he would repeat that honor in the next five seasons.  From 2009 to 2012, he was a First Team All-Pro, and he also finished in the top ten in Approximate Value twice, a rarity for an Offensive Linemen.

Evans would help New Orleans win Super Bowl XLIV, and except for one final season as a Green Bay Packer, he was a career Saint.  He came back in 2020 to be inducted into the Saints Hall of Fame.