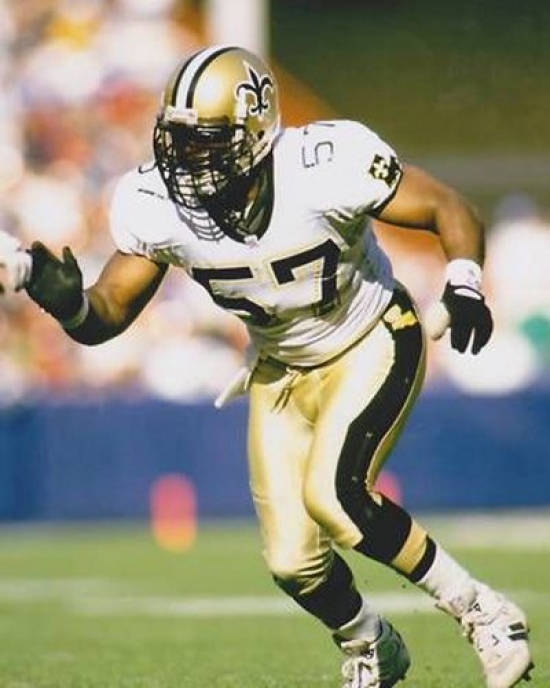 Coming to the New Orleans Saints as a second-rounder in 1981 from Pittsburgh, Jackson would become the best Linebacker that the Saints ever had. Jackson would earn six Pro Bowl selections, with five Second Team All-Pro nods.  In his first six seasons in football, he finished in the top seven in Tackles and would have well over 1,000 as a Saint.  Jackson led the NFL in Forced Fumbles four times, and Fumble Recoveries once, while sacking the Quarterback 115 times for New Orleans. Jackson only missed two games, which was due to a car accident, but he finished out that respective season (1989) with wires in his jar.

Playing with the Saints until 1993, Jackson played his final two seasons in football in San Francisco, where he helped the 49ers win Super Bowl XXIX. With the Saints,