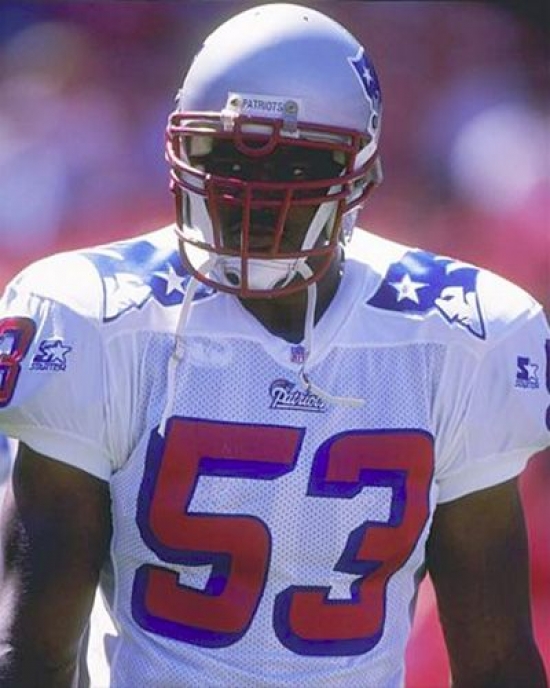 With the exception of his final year in football as a Carolina Panther, Chris Slade was always a New England Patriot over his career.

The Linebacker joined the Pats in 1993 as a Second Rounder from Virginia, and he started five games as a rookie.  Slade moved from Right Outside Linebacker and to Left Linebacker over his Patriots run, which spanned until 2000.  Slade was named a Pro Bowler in 1997, and he secured 51.0 Sacks and 640 Tackles as a Patriot.