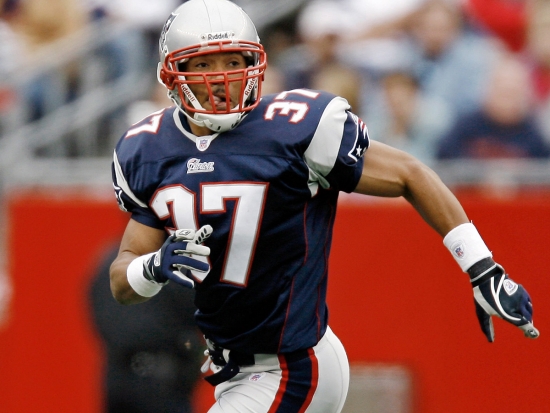 After playing for the San Diego Chargers for nine years, Rodney Harrison joined the New England Patriots in 2003, bringing a veteran presence and a hungry attitude to what was already a great team.

Harrison’s first year in New England immediately proved to be one of the best signings in history.  The Safety was a First Team All-Pro that season, and he recorded 125 Tackles in the regular season, but it was in the playoffs where he placed himself in the lore of Patriots history.  In 2003, Harrison intercepted Tennessee’s Steve McNair in the Divisional Playoffs and Peyton Manning of Indianapolis in the AFC Championship. The Patriots won the Super Bowl that year, and Harrison won his first ring.

The year after, Harrison was again spectacular in the playoffs, picking off Manning in the Divisional Playoffs, Pittsburgh’s Ben Roethlisberger in the AFC Title Game, and Donovan McNabb of Philadelphia twice in the Super Bowl.  He also had 141 Tackles that regular season, a career-high.

Harrison suffered through many injuries over the next four seasons, seeing him retire in 2008.   Eleven years later, he was elected to the Patriots Hall of Fame.