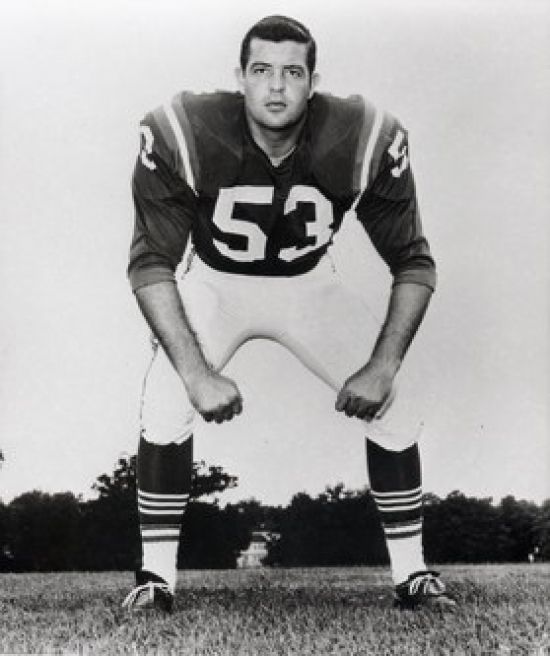 Playing at the University of South Carolina, Tom Addison was drafted by the Baltimore Colts and the Ottawa Rough Riders of the Canadian Football League in 1958, but he never played for either team.  He would sign with the Boston Patriots of the American Football League in 1960, a club where he would become a leader on and off the field.

Addison won the starting Left Linebacker job, and the following season, he was named an AFL All-Star for the first of four straight years and was also a First Team All-Pro.  The Linebacker was one of the better tacklers against the run, and he used his field positioning expertly.  The locker room leader would become the first President of the AFL Player’s Union, and by the accounts of his peers, he did a great job.

He played until a career-ending knee injury in 1967 forced him to leave the sport.