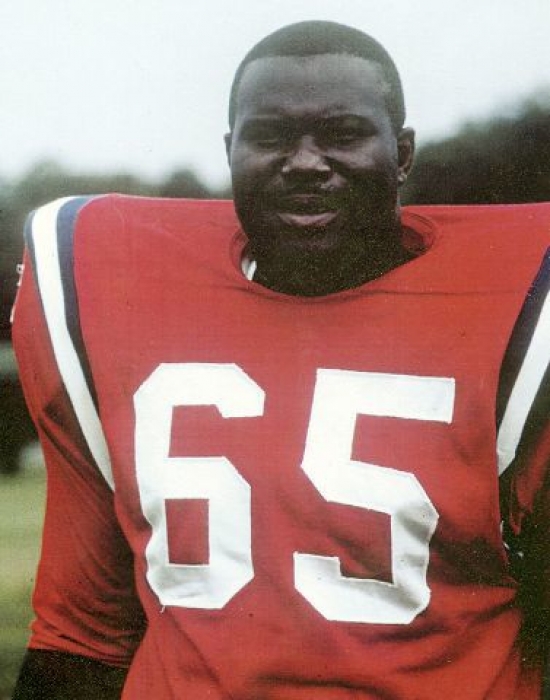 While we would not say that Houston Antwine was the greatest Patriot while the franchise was in the AFL, he was undoubtedly in the conversation.

Like many players in the early 60s, he was drafted in both the NFL and AFL, and Antwine opted for the Boston Patriots over the Detroit Lions, and it proved to be the right decision for the Southern Illinois Saluki.  Antwine was penciled in at Right Defensive Tackle, and in 1963, he began a six-year streak of AFL All-Pro Selections, with ‘63 earning him a First Team All-Pro.  Antwine would also have four Second Team All-Pros during this run.

He played with the Pats until 1971, and Antwine had a final year in football with the Philadelphia Eagles.  Antwine was named to the All-Time All-AFL Team, and in 2015, he entered the Patriots Hall of Fame.