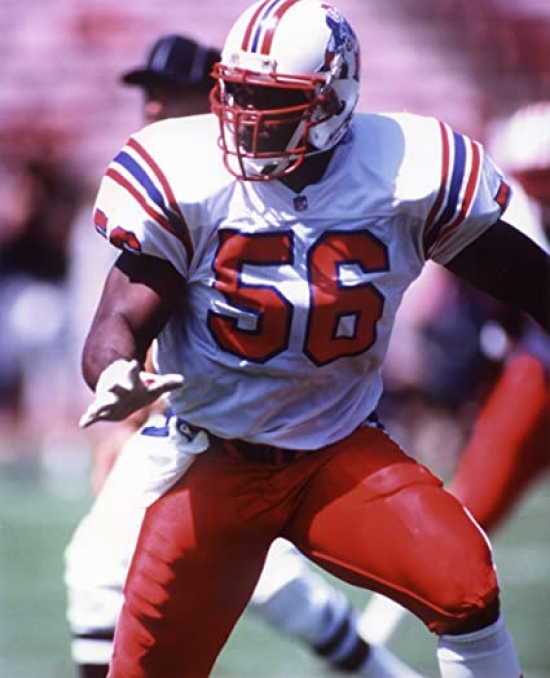 Andre Tippett was an All-American at the University of Iowa, and he fell to the New England Patriots in the draft, where they chose him in the Second Round in 1982.

Playing at Linebacker, Tippett played his entire career with the Patriots.  Seeing the field sparingly as a rookie, Tippett would settle in as New England’s starting Left Outside Linebacker in 1983.  From 1984 to 1988, he was a perennial Pro Bowl, and in ’85 and ’87, Tippett was a First Team All-Pro and the leader in Approximate Value.  In either of those years, he could have easily won the Defensive Player of the Year.

Tippett would have a shoulder injury that kept him out of 1989, but he returned in 1990 to play four more years.  He retired at the end of 1993 season and would have an even 100.0 Quarterback Sacks.

A member of the 1980s All-Decade Team, Tippett would enter the Pro Football Hall of Fame in 2008, nine years after he entered the New England Patriots Hall of Fame.