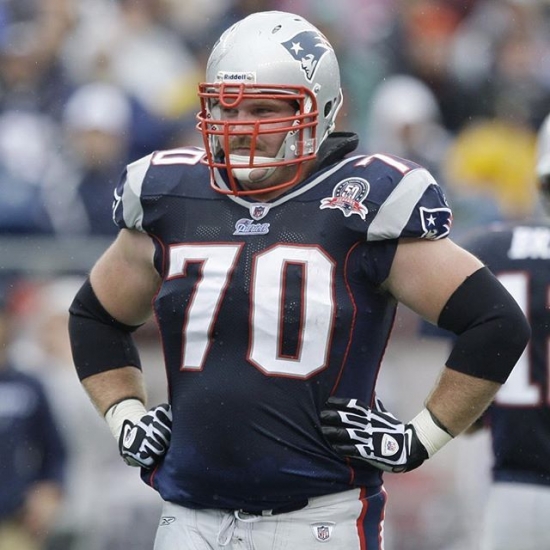 Logan Mankins was chosen with the last pick of 2005's First Round, and the Fresno State Bulldog went right to work as the New England Patriots' starting Left Guard.

Mankins was an All-Rookie Selection, and two years later, he went to his first Pro Bowl.  After a year away from the annual honor, Mankins went on a five-year run as a Pro Bowler, with 2010 seeing Mankins earn a First Team All-Pro.  Also selected to five Second Team All-Pros, the Guard notably played the 2011 season with a tear in both his ACL and MCL, which was the year the Pats were undefeated going into the Super Bowl against the New York Giants, which they unceremoniously lost.

Exceptionally tough and durable, Mankins started all 130 of his games with the Patriots.  Seeking a more significant monetary deal, Mankins was traded to Tampa instead, where he played his final two years in football.