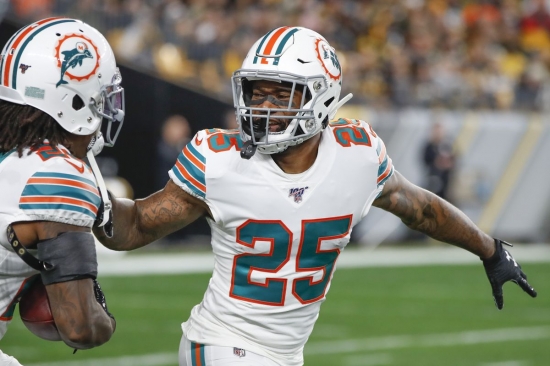 Xavien Howard came to Miami via the NFL Draft when the Defensive Back from Baylor was taken in the Second Round.

Howard suffered knee problems as a rookie, which held him to seven Games, but he was healthy the next two years, and led the NFL in Interceptions with seven, while going to his first Pro Bowl in the 2018 Season.  Injuries again robbed Howard of a full season in 2019, but his 2020 campaign was a monster one with a league-leading Interception total of ten, and a First Team All-Pro Selection.  He was arguably the best DB in Football that year, which he followed up with a third Pro Bowl.

Howard is still a Dolphin, and as of this writing the top defensive player for an improving Miami squad.