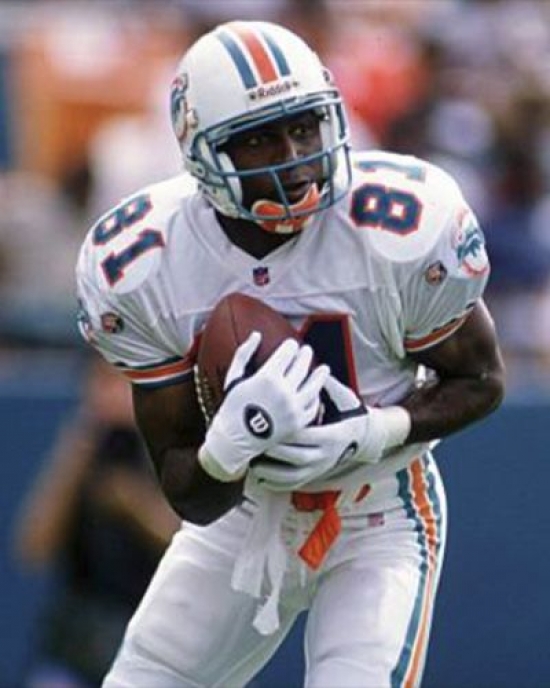 The Miami Dolphins grabbed O.J. McDuffie 25thOverall in the 1993 Draft, and like so many Wide Receivers, he was used mostly as a Returner as a rookie.

As he would annually see more playing time at Wide Receiver, McDuffie was not used as much as a Returner.  In his first four seasons, McDuffie had well over 1,100 All-Purpose Yards, peaking at 1,515 as an NFL sophomore.  In 1996, McDuffie began a three-year streak of 900 Yard plus Receiving Yard years, with a career-high 1,050 coming in 1998.  This season, McDuffie would also lead the NFL in Receptions with 90.

McDuffie played only two more seasons after that, retiring with 5,074 Receiving Yards with 8,356 All-Purpose Yards and 31 total Touchdowns.