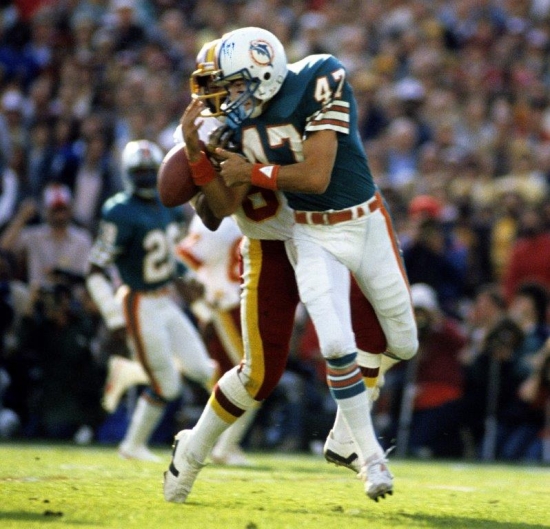 A product of the University of Texas, Glenn Blackwood, played his entire nine-year career with the Miami Dolphins after they took him in the Eighth Round in 1979.

Blackwood did not start as a rookie, but he was Miami’s starting Strong Safety from his sophomore season to when he retired after the 1987 season.  Blackwood was known for his powerful hits, and he would aid the Dolphins in winning two AFC Championships, though they lost both Super Bowls.

Over his career, the Defensive Back would have 29 Interceptions.