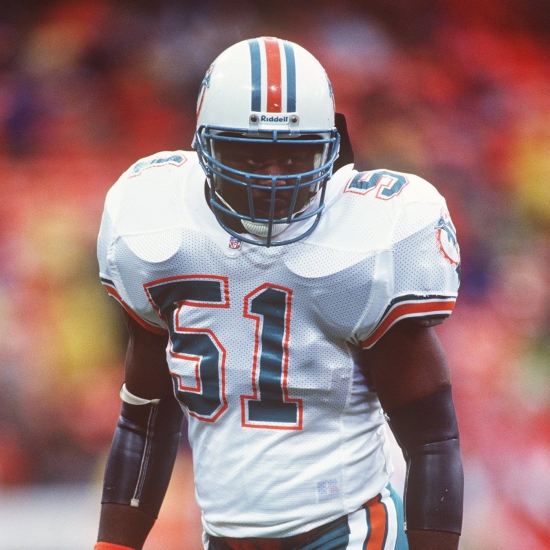 Bryan Cox had an excellent start for a Fifth Round pick, as Linebacker from Western Illinois was a starter as a rookie in 1991.

Cox exploded in his second season, with what was arguably the best season of his career with 14 Sacks, 17 in Approximate Value, and 127 Combines Tackles, all of which were all career-highs.  The Linebacker was still very productive in the next three seasons, where he went to two Pro Bowls and maintained annual tackling numbers in triple-digits.  His run in Miami's defensive interior ended when he signed with the Chicago Bears in 1996.

Cox would later find himself with the New England Patriots, where he was part of their first Super Bowl win.