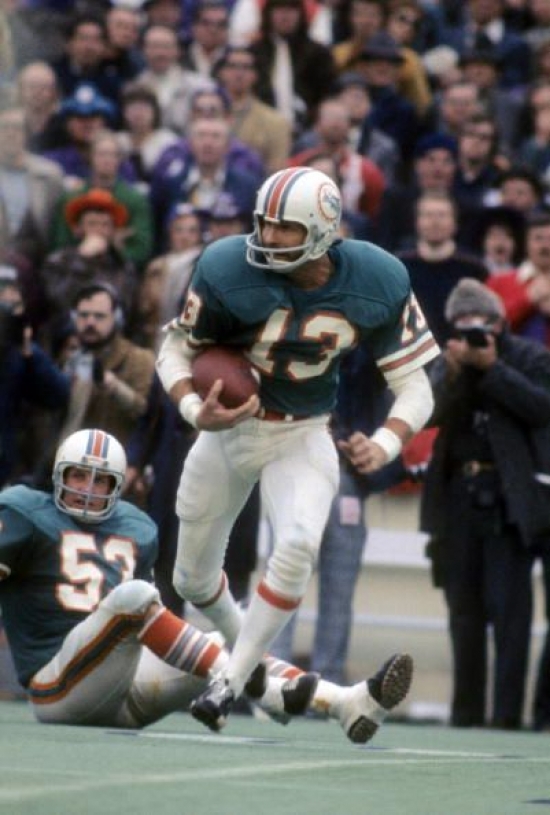 Jake Scott left the University of Georgia after his sophomore year to play in the Canadian Football League, which was only meant to be for one year until he was eligible for the NFL Draft.  After his year with the BC Lions, Scott was chosen by the Miami Dolphins with their seventh round pick in 1970.

Scott played for the Dolphins for six seasons, playing in 84 Games and starting them all.  He would record at least four Interceptions in all of his campaigns in Miami, with the last five earning him a trip to the Pro Bowl.  1973 and 1974 were especially noteworthy, as he was also chosen to be a First Team All-Pro.

Of course, if you were a Miami Dolphin in the first half of the 1970s, you also own two Super Bowl rings, which Scott has.  A member of the winning team, in both Super Bowl VII and VIII, he was the MVP of the first one, that undefeated season.  Scott recorded two picks in that championship game, including a key one in the fourth quarter.

Scott would join the Washington Redskins in 1976, where he played for three seasons before retiring.  As a Dolphin, Scott would have 35 Interceptions.  In 2010, Scott was named to the Dolphins' Honor Roll.