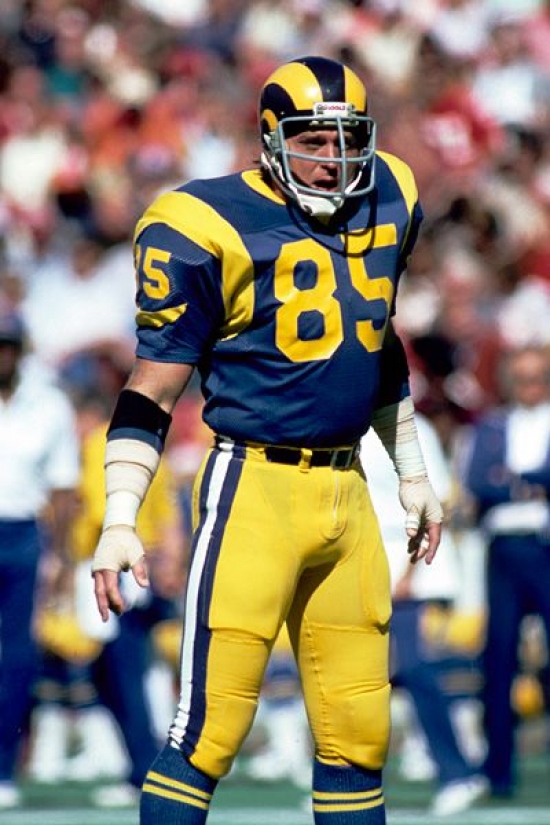 Jack Youngblood came from the University of Florida, and the 1st Round Pick would be asked to fill the shoes of possibly the most iconic defensive force in Rams history, Deacon Jones.  Considering the pressure he had to feel that he was under, it is more than safe to say that he did one hell of a job!

In his third season in the NFL (1973) Youngblood would be named to his first of what would be seven straight Pro Bowls, five of which would see him be named a First Team All-Pro.  While the Quarterback Sack was not an official statistic when he played, Youngblood is believed to have had 151.5 over his career.

In a tough sport, Youngblood was one of the toughest and most durable having missed only one game in his 14 seasons and is best remembered by Rams fans for playing with a broken fibula in both the NFC Championship Game and in Super Bowl XIV against the Steelers.  Although the Rams lost, the legend of Jack Youngblood grew to even greater heights in those two games.

Youngblood entered the Pro Football Hall of Fame in 2001, and his no. 85 was retired by the team.