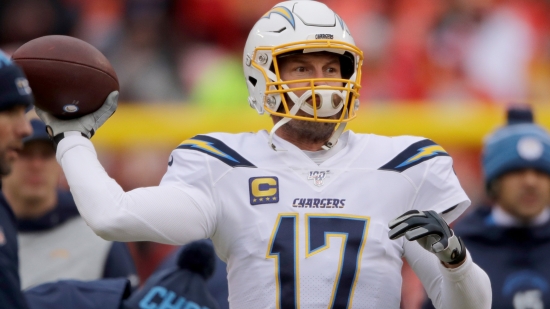 Philip Rivers was not the Quarterback that the San Diego Chargers wanted at first.  They had the first overall pick in 2004, and it was Eli Manning they hoped to select; however, Peyton's little brother openly stated that he would not sign with the Bolts.  It all worked out, as they arranged a deal with the New York Giants, who made a draft-day trade for their first rounder, which was fourth overall, and Rivers went from North Carolina State to Southern California.

After two years as Drew Brees’ backup, Rivers took over as the starting Quarterback when Brees was allowed to sign elsewhere. While Rivers would not be the highest-profile QB over his Chargers tenure, he was among the best in the NFL, and arguably one of the most consistent.

From the time that he became the starter (2006) until the year he left (2019), Rivers would go to eight Pro Bowls, and he had 11 4,000 Yard plus years.  One of Rivers's best facts with San Diego/Los Angeles was that he finished first in different offensive categories in different years.  He was first in Completions in 2015, Passing Yards in 2010, Touchdown Passes in 2008, and if he was not first, he was consistently in the top five.

Look at the following:

Rivers would eclipse all of Dan Fouts’ franchise passing records, and while he did not take the Chargers to a Super Bowl, through Rivers’ entire duration, the fans knew they had no problem at Quarterback.

Rivers left the Chargers with a record of 123-101, 59,271 Passing Yards, and a TD-INT ratio of 397-198.  While we have Fouts ranked higher, we understand the lists that have Rivers as the better Quarterback.  We almost did too!