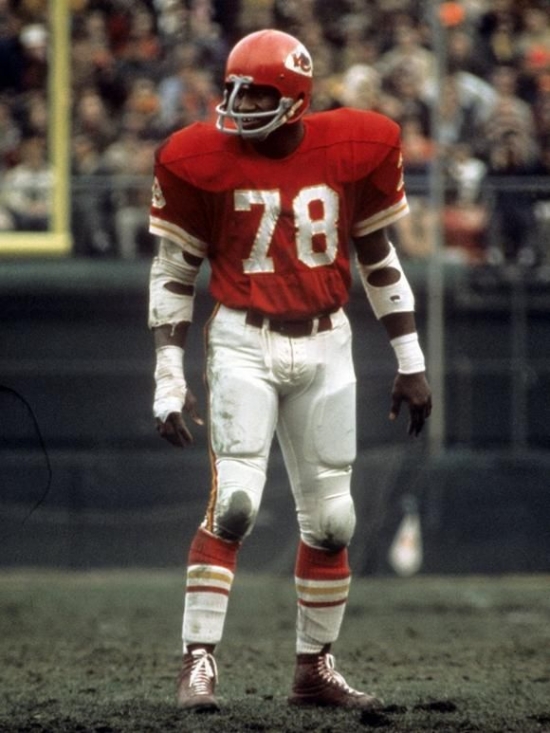 In terms of athleticism, Bobby Bell was well ahead of his time as he was a larger athlete (though he would not be considered that today) with blistering speed.  Bell was named the Outland Trophy winner at the University of Minnesota and when the Chiefs drafted him late in the 1963 Draft they may not have expected to sign him, but luckily for them, they did.

Following a solid rookie season, Bell would be named a First Team AFL All-Star in the next six seasons and the leader of an excellent Kansas City defense.  Following the merger, he was a Pro Bowler in the next three seasons.

Bell could do it all on defense and while none of his 40 Quarterback Sacks are recognized (because he did them before it became an official statistic) his 26 picks make him an unofficial member of the 20-20 club.  Bell was also regarded as one of the elite open-field tacklers of his day.

Arguably, without Bobby Bell, the Chiefs defense would not have been at the status where they would win two AFL titles in the ’60s and Super Bowl IV.

The Chiefs retired his number 78 and in 1983 he was inducted into the Pro Football Hall of Fame.  He also is a member of the Chiefs Hall, having been inducted in 1980.  Bell would recieve another incredible accolade, when in 2020, he was selected to the NFL 100th Anniversary Team.