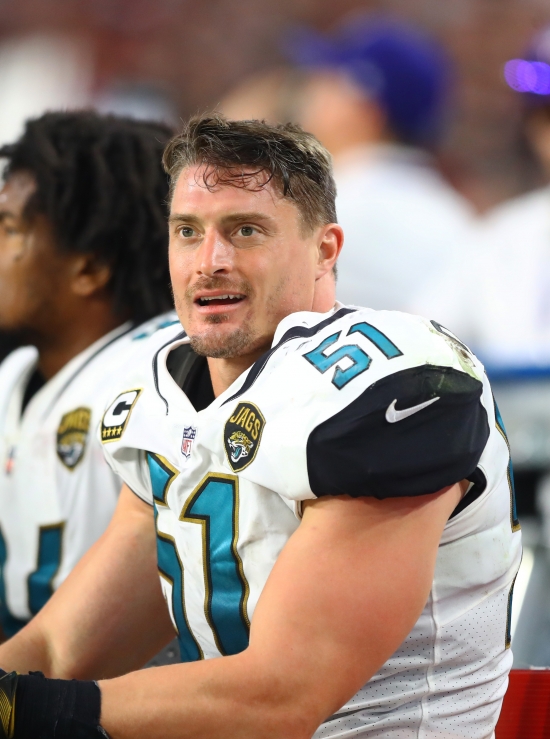 Paul Posluszny made a name for himself with the Buffalo Bills, but he would exceed that output in Jacksonville, where he would spend the last seven seasons of his career.

Posluszny was cemented as the Jaguars' Middle Linebacker, and he was a one-man tackling factory.  He would accrue at least 119 Combined Tackles in five of his seasons in Jacksonville and would have three digits in Solo Tackles three times.  2013 was his best year in Football, as he would be named to the Pro Bowl and would finish first in Solo Tackles (122).  He would land in the top eight in Combined Tackles four times as a Jaguar.